Dublin Airport In The Running For Exemplary Energy Performance Award 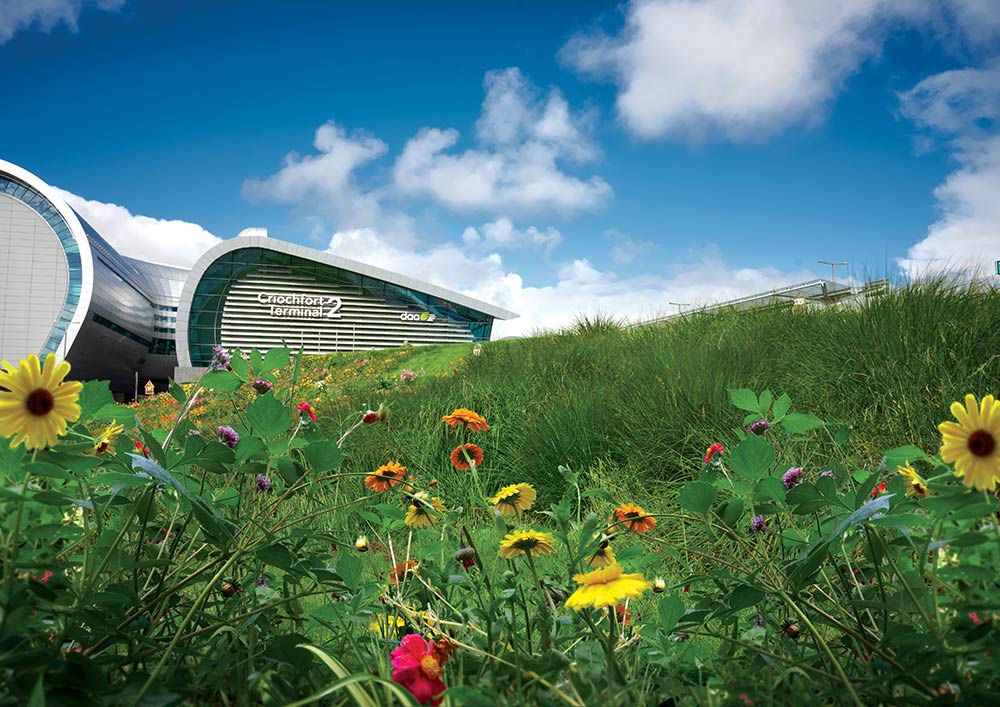 Dublin Airport has been shortlisted for a Sustainable Energy Authority of Ireland (SEAI) Leadership in the Public Sector Exemplary Energy Performance Award.

The SEAI Energy Awards were established in 2003 and showcase excellence in sustainable energy. The Leadership in the Public Sector Exemplary Energy Performance Award recognises leadership in sustained energy efficiency and decarbonisation.

Focusing on energy savings and an innovative approach to planning, special projects, engagement, and an improved overall energy performance, Dublin Airport scored highly across the board.

Dublin Airport reduced its carbon footprint by 12% between 2018 and 2019 and has reduced its overall carbon emissions by 25% between 2013 and 2019, despite a 63% increase in passenger numbers during the same period. It is the first airport in Ireland to achieve carbon neutral status and has done so following an extensive programme of activities to reduce and offset its carbon emissions in recent years. The accreditation was based on data from 2019.   Dublin Airport has also introduced a wide range of energy management measures in recent years that allow it to monitor and improve its overall energy use across the campus. The use of building management systems, the installation of efficient LED lighting, a pilot solar farm project and a range of other measures have all helped the airport to significantly reduce its overall energy consumption.

Dublin Airport committed to net zero carbon by 2050 last year along with almost 200 other European airports in a landmark move for the airport industry. The deadline of 2050 was aligned with the decarbonisation strategy set out by the European Commission and adopted by the Council of the European Union.

Dublin Airport’s plans include moving all its light vehicle fleet to Low Emission Vehicles (LEVs) by 2024 and building a second solar farm on campus with a capacity of 7.5MWp. This will contribute 10% of our total annual electricity requirements, with the potential to generate up to 7.5 megawatts of power. This is enough to fully power over 1,000 houses for one year.

To achieve its Level 3+ carbon neutrality status, Dublin Airport had to work to reduce CO2 emissions from multiple sources under its control which includes electricity, gas, oil and diesel and to compensate for the remaining residual emissions through investment in internationally recognised high-quality carbon offsets.

By drilling new boreholes and repairing existing ones, communities no longer need to boil their water to purify it and this reduces pressure on local forests – the main source of firewood - and reduces greenhouse gas emissions.

A comprehensive energy monitoring system at Dublin Airport which provides real time information on energy performance has been vital in providing the data required to assess realistic energy savings from projects, helping the business case for energy efficiency projects.

Dublin Airport’s energy reduction journey is a result of staff from across the business to achieving their goals and is not just limited to the work of the energy team.

These initiatives all form part of Dublin Airport’s overall sustainability programme which includes a commitment to the Airport Council International (ACI) airport carbon accreditation programme which will result in an increase in the number of electric vehicles on the airport campus, harvesting honey from beehives on airport land and a solar farm which supplies more than half of the energy required for the airport’s reservoir.

Winners will be announced by SEAI next month.

Over 2.9 million passengers have travelled through Dublin Airport in the first eight months of this year, representing an 87% decrease when compared to pre COVID levels in 2019.