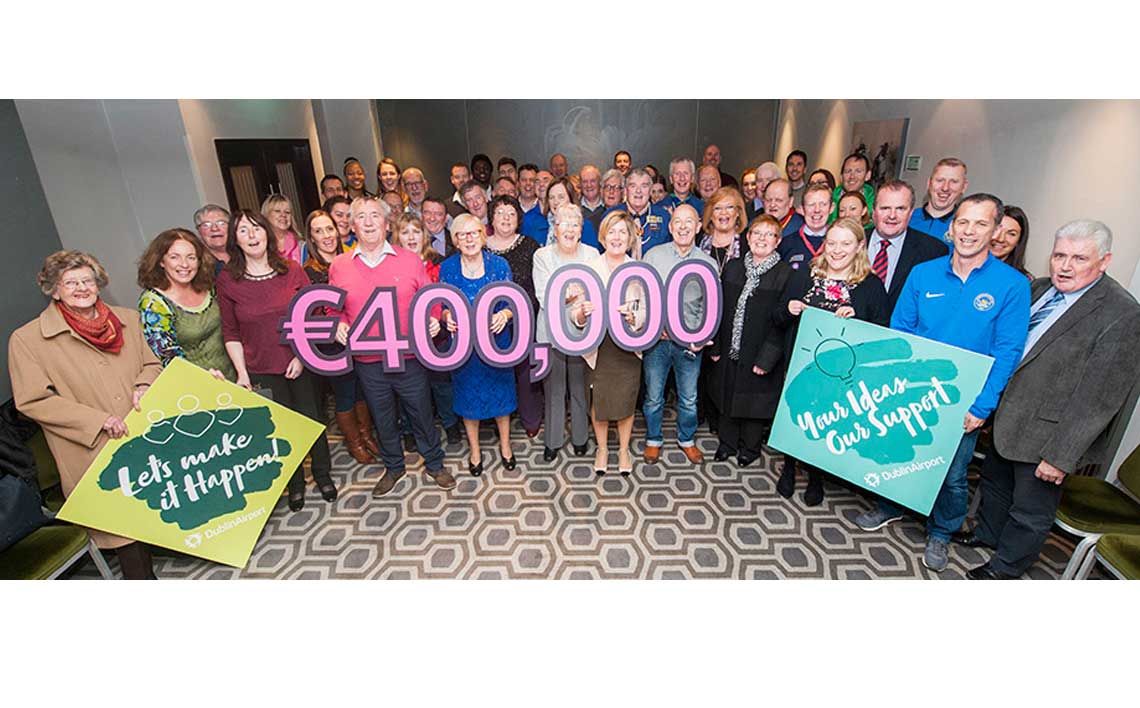 This is the second round of applications to be assessed since the new €10 million Community Fund was launched in 2017.

Dublin Airport’s Community Fund is investing €400,000 per year over the next 25 years in local projects focused on areas such as environment and sustainability, sports and recreation, social inclusion and community development, health and wellbeing, and culture and heritage.

“It’s inspiring to see the broad range of community projects that are happening across our neighbouring communities,” said Dublin Airport’s Community Liaison Manager, Maura Cassidy.  “Our Community Fund can make a real difference to the small and large projects that being put forward by community groups. We’re looking forward to assessing the applications in further detail and announcing the successful ventures in the coming weeks,” she added.

The independent Grant Making Panel, chaired by Marian Burns, Director of Human Resources with DCU, will now begin the process of assessing applications with the aim of awarding funding in early summer.

Full details of successful applications will be announced by the end of April and the fund will reopen for its next round of applications in September 2018.

The organisations that were funded comprised 43 successful applicants and 17 groups which were previously supported by Dublin Airport in a multi-year agreement which are backed by the Fund as part of a transition arrangement.

The Fund is also supports up to 10 students per year from economically disadvantaged backgrounds to enable them to attend Dublin City University (DCU) via its Access Programme.

The Community Fund is just one of a number of ways in which Dublin Airport makes a positive contribution to its neighbouring and society in general.

Many of the 19,000 people who work on the airport campus, not just for daa, but also for all of the other businesses that are located at the airport, are drawn from neighbouring communities. The employment opportunities provided at the airport are vital to the economic well-being of the local community.